A vacuum formed tray to serve juice ice cold to kids in the summer. 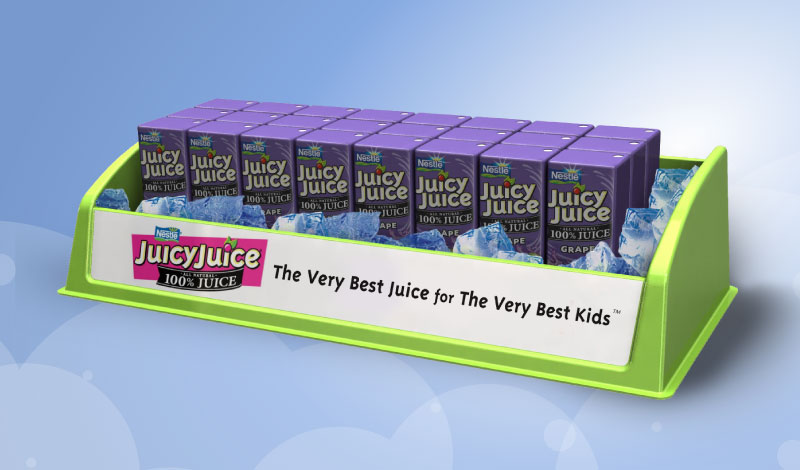 This is a tray so that Nestle Juicy Juice tetra packs could be held in ice to keep them cold. The trays would be used in school cafeterias in the US, particularly in California. I performed the industrial design of the tray; I worked with the client to narrow in on a form that was beautiful, functional, and cost-effective.

The tray was vacuum formed. We came up with 3 initial concepts. Everyone involved in the project preferred the design where the tray tapered forward, to present the juice boxes better. But we found that, beyond the surface area which was pre-set, the biggest factor in the cost of the unit was the height or the depth the plastic was drawn. So we had to limit the height of the tray to 2.5″ tall, and so we worked on the design details of the preferred concept but had to eliminate the tapering.

The design was all done in Solidworks. The mold was produced directly from the Solidworks part file, and I derived the dieline of the front sticker from Solidworks. The drafts and tolerances were all set so that the unit could be easily ejected from the mold to reduce cost. The renderings were made in Photoworks. Solidworks is a very effective CAD tool because the development, presentation, and data can all be generated from the same program.